Electric bicycles or “e-bikes” aren’t just a passing phase; they are here to stay, even in Forest City! They are already a big hit in bike-heavy areas: in the Netherlands, the bicycle capital of the world, sales of e-bikes exceeded traditional bicycles in 2018. For the cyclists of London, don’t worry: the e-bike won’t destroy your way of life. In fact, they can give potential cyclists with physical limitations more options for getting around!

So what’s the deal with electric bicycles – how do they work, where can you take them, and who is the ideal rider?

How Do Electric Bicycles Work? 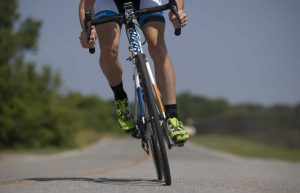 E-bikes make pedalling easier, as they have a battery-powered assist that kicks in when the rider pushes the pedals. This action engages a small motor that gives the rider a boost, letting them take on inclines and rougher terrain that might pose a physical challenge. The cyclist can control the speed and power with their feet, much like an ordinary bike.

Most e-bikes, however, use a simple system: the harder one pedals, the greater the boost. To be classified as an e-bike, though, there are some pretty strict limitations. The MTO says that riders can not make any modifications to the motor that lets them go above 32 kilometres an hour. They can’t remove the pedals, either, and anything over 120 kg puts the bike into the moped territory.

Where Can You Take Electric Bicycles?

It used to be that electric bicycles were only on urban streets, but now they come in all shapes and sizes: commuter, road, fat tire, full-suspension mountain, and more. As long as it meets the MTO guidelines – a minimum wheel width of 35 mm, a minimum wheel diameter of 350 mm, and a maximum weight of 120 kg – you can find a model to take on almost any type of terrain. Take note of the regulations: most trails and pathways forbid the use of motor assistance, though you can still use pedal power.

The motors and batteries are getting better, too! On a good model, electric bike riders can expect to go 50 to 150 kilometres (depending on the terrain and rider’s need for the motor) before they need to recharge the battery.

Who Is The Ideal E-Bike Rider? 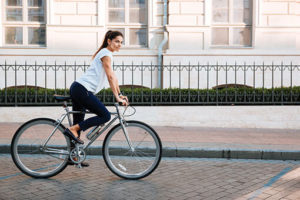 E-bikes aren’t for every cyclist, especially those who love the exhilaration and challenge of long, tougher routes. However, electric models have the advantage of being very accessible, especially for those who haven’t cycled in a long time. More commuters are looking to get out of their cars, and many are buying electric bicycles to reduce the kilometres they must travel in their vehicles. Because the rider does not have to change clothes or wipe off a lot of sweat when arriving at their destination, e-bikes are ideal for office workers with shorter commutes!

As a form of exercise, regular cycling can pose a few hurdles for those who have not exercised in a while or have physical disabilities. Many people don’t have the strength to ride long enough for intense workouts but put them on an e-bike and they can ride longer, getting a significant amount of cardiovascular exercise in the process!

Casual riders are turning to e-bikes for non-health reasons, too. The motor can also give them a little extra drive when the cargo – groceries, travel bags, even children – become too heavy for their legs. More than anything, e-bikes are ideal for reducing money spent on gas or maintenance for their car, and when you’re running a lot of small errands throughout the week, fewer trips can equal major savings!

Whatever your reasons, Outspokin has a range of sturdy, reliable and multi-purpose electric bikes! We can provide all riders with an enjoyable, environmentally-friendly transportation alternative to driving.